The Matthews family has been prominent in Abingdon business and communal affairs, for more than a hundred years.

In the nineteenth century, the Matthews were a farming family in Hampshire, but after the death in 1889 of Thomas Matthews, his three children all moved to North Berkshire (as it then was). The youngest, Frederick William Matthews (1874−1919), always known as Fred, came to Abingdon.

In 1896, Fred entered into partnership with John Harris to form the business of Harris & Matthews, Seedsmen and Corn Merchants, with premises in East St Helen Street. The shop premises were at Nos. 4 & 6 East St Helen Street and there was warehousing at Fairlawn Wharf. But in 1902, Harris & Matthews took a lease on the Old Gaol and moved the business there. Fred also developed other business interests outside Abingdon in association with his sister and his brother-in-law.

Fred Matthews became active in local affairs, and was first elected to the Borough Council in 1911. He was returned unopposed in 1914 and 1917. He died in 1919 at the early age of forty-five years.

By then John Harris had also died, and the business was taken over by Fred’s widow, Mary Eliza, known as Lylie. She employed P T Wake as manager, subsequently taking him into partnership. In 1922, the lease having run out, she bought the entire Old Gaol site. Her son Gerald William, known as Gegg (1904−1972), took over his mother’s interest in the business in 1931. The firm expanded, with branches in Didcot, Thame and Stanford-in-the Vale. After the war, it was turned into a limited company.

Lylie Matthews died in 1973 at the age of 101 years, and the Old Gaol, which by this time was no longer suitable for industrial use, was sold on to the Abingdon Borough Council by her executors. The company’s head office was moved to Didcot in 1971. It eventually closed down in 1984.

Gegg’s son. Michael William Matthews (born1933), followed his grandfather into a career of service to the town. He was elected to the Borough Council in 1964, and was Mayor in 1973. He was Master of Christ’s Hospital from 1995 to 1997, was made an honorary freeman in 1998, and is currently (2013) chairman of The Friends of Abingdon.

In 1861 Thomas senior was still farming at Lily Mill, and was employing four labourers, a miller, and also his son Thomas junior.

In 1866 Thomas junior married Mary Churchman (1838–1892) from Wokingham. About this time, he took over Wildmore Farm at Sherfield (Hants). Mary’s family were hoteliers and at the time of the marriage her mother was running the Rose Hotel in Wokingham Market Place with three of her four daughters.

In 1871 we find Thomas senior still at Lily Mill Farm – now needing six men and two boys. His widowed daughter Sarah Awbery and her three children had now joined her parents, and Thomas junior was still at Wildmore Farm down the road.

By 1881 Lily Mill was employing four men and two boys but Thomas junior had now returned to join as his father’s farm manager (Thomas senior was now seventy-nine years old.)

It would appear that Lily Mill Farm was a tenanted property – possibly from Duke of Wellington’s estate – and on the death of Thomas senior in 1886 Thomas junior left Lily Mill and went to Grange Farm at Tidmarsh where he died in 1889.

The three children of Thomas junior all moved to the Abingdon – Didcot –Wallingford area.  Alice married a member of the Ford family of Reading, who were leading agricultural merchants. Arthur had a retail milk business in the Didcot area and Frederick William, the youngest, always called Fred, moved to Abingdon.

In 1896 Fred entered into partnership with John Harris to form the business of Harris & Matthews, Seedsmen and Corn Merchants, with premises in East St Helen Street. The shop premises were at Nos. 4 & 6, and there was warehousing at Fairlawn Wharf.

In 1902 Fred married Mary Eliza (Lylie) Bradfield from Marcham. Members of the Bradfield family had for many generations been millers at a wide range of mills in the Abingdon area including Abbey Mill at Abingdon, Drayton Mill, Milton Mill, East Hendred and further out at Warminster. Lylie’s branch of the family had however become bakers in Marcham.

Also in 1902, the Harris & Matthews partnership took a lease of the Old Gaol premises from Charles Woodbridge, and moved their business there.

Fred and his wife first set up home at 31 East St Helen St. and remained there until some time after 1904 before moving to Old Gaol House. 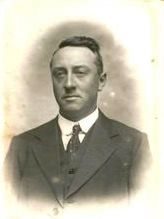 Fred was elected to the Borough Council at the November 1911 elections and was later returned unopposed at the elections of 1914 and 1917.

In the early years of the 1914 − 1918 war he appears to have been in the Berkshire County Association of the Yeomanry, but because of the importance of his business was not mobilized. He continued to act as a Special Constable in the town. He later enrolled in the 2nd Battalion of the Berkshire Volunteer Regiment, a formation rather similar to the Home Guard of the later war.

In 1917 John Harris died and Fred Matthews became sole proprietor of the business, but he died in September 1919 of a lung infection at the early age of 45 years.

Lylie Matthews took over the business and soon appointed P T Wake as manager, subsequently taking him into partnership. In 1922 as the lease for the Old Gaol property was coming up for renewal she decided to purchase the whole site, consisting of the Old Gaol itself, Old Gaol House and a number of villas and cottages. Mr Woodbridge, the owner, having died, Mrs Woodbridge agreed to the sale. The property was finally sold on to the Abingdon Borough Council by Lylie’s executors in 1973.

At the time of his death Fred Matthews also held the tenancy of a farm at North Moreton which he ran in partnership with his sister Alice and her husband. He also had a corn and seed store in Didcot. This was bought by his brother Arthur, who sold his milk retailing business to do so.

Gerald (Gegg) Matthews was only fifteen when his father died.  He attended school first at Culham College, sometimes riding to school on his pony. Later he went to Abingdon School. He was trained up in the business and spent some time in a similar firm in Trowbridge (Wilts), Messrs. H R & S Sainsbury. It was whilst he was there that he met his future wife Irene Woods, daughter of a very long established farming family living in Wingfield (Wilts).

In 1929 Lylie Matthews left Old Gaol House and purchased a house in Park Crescent. Old Gaol House was offered to her son and his fiancée but they turned it down in favour of a detached house in Caldecott and the Wake family took over Old Gaol House.

Gegg.Matthews married in 1931 and took over his mother’s interest in what was now an expanding business.  When his uncle Arthur died in 1935, he repurchased the Didcot branch, and established further branches in Thame and in Stanford-in-the-Vale. The partnership was turned into a limited company shortly after the war.

During the war years Gegg, like his father earlier, was exempted from conscription and dedicated his sparse spare time to the Special Constabulary. He served from 1938 to 1963, ending up as Chief Inspector.

Gegg. and his wife had only one child, a son Michael William, born in 1933.  He like his father attended Abingdon School under the same headmaster – W.M.Grundy. Earlier he had been a pupil at Miss Pickering’s Vineyard Kindergarten and then Our Lady’s Convent prep school. After studying at the Royal Agricultural College (now university) at Cirencester and also spending time with H. R. & S. Sainsbury, he started work with the company in 1956.

By the late 1960s the Old Gaol itself, having grown from a warehouse to a seed cleaning plant and then a manufacturing plant for animal feed, was becoming more and more unsuitable and about 1971with the end of their lease from Lylie Matthews the company decided to relocate its head office to the Didcot premises and leave Abingdon. It eventually closed down towards the end of 1984.

Gegg W. Matthews died in 1972 but his mother outlived him dying at the age of 101 in 1973. At the time her grandson Michael William Matthews was Mayor of Abingdon having been elected to the Borough Council in 1964.

Michael William Matthews is currently a governor of Christ’s Hospital of Abingdon, having been Master from 1995 to 1997. He is an honorary Freeman of the town of Abingdon having been appointed in 1998 and currently (2013) chairman of The Friends of Abingdon.

References: The information used in this article is from the Matthews family archive in the possession of Mr Michael Matthews 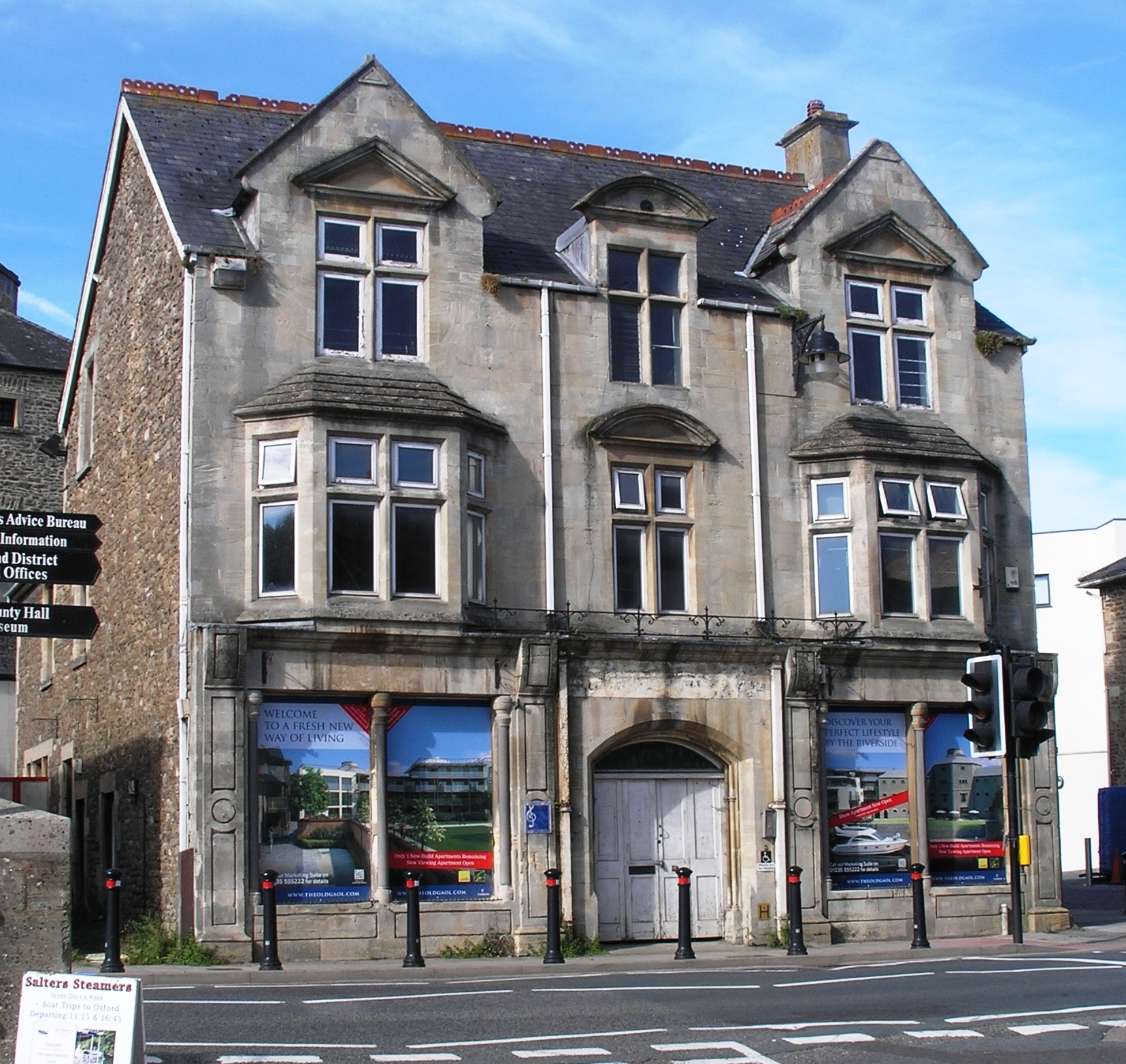 The former Matthews seed shop backing on to the Old Gaol

The Mayhead family and the Lion Hotel
Scroll to top